COVID Vaccine, what do patients want to know 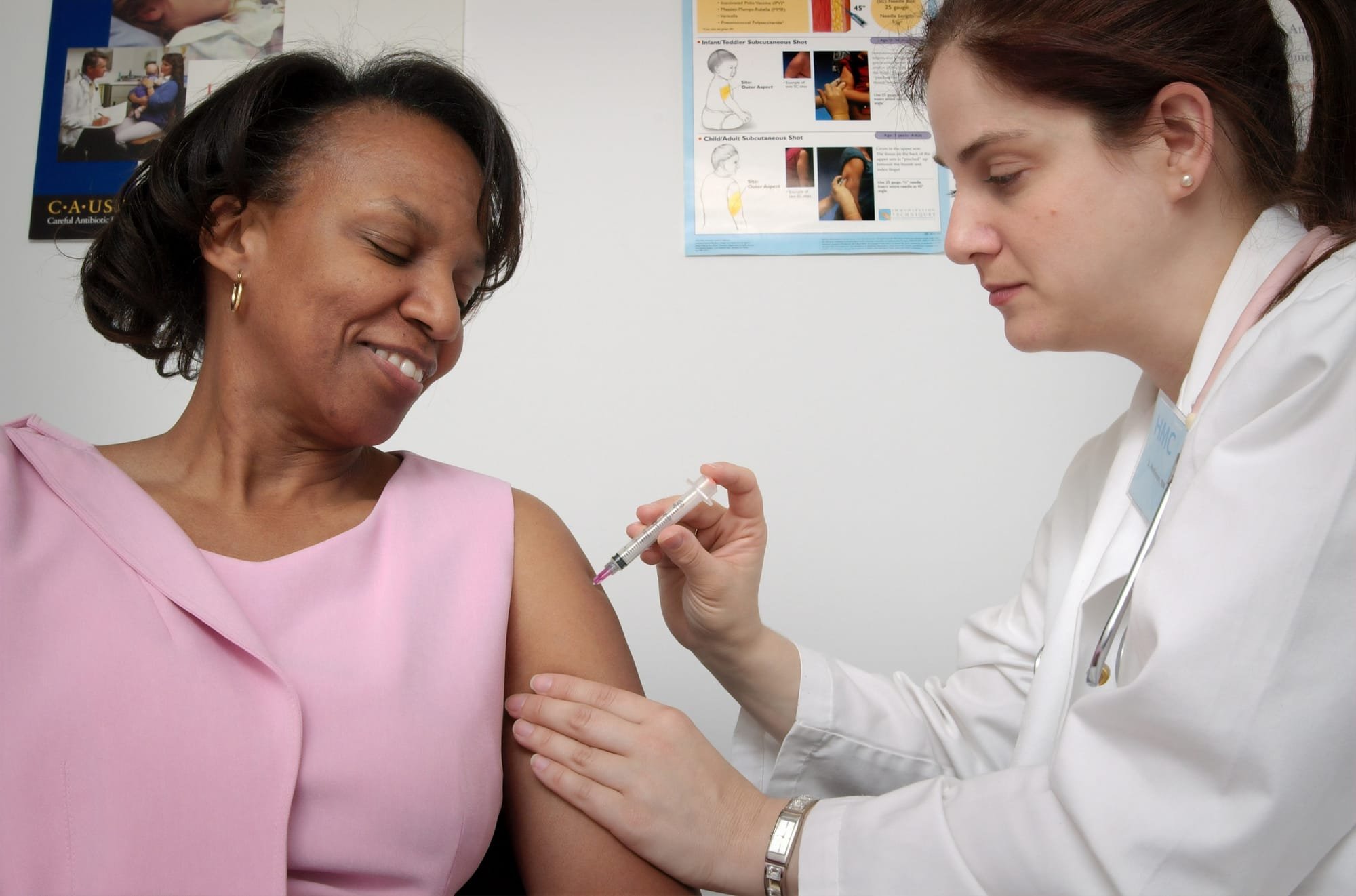 With U.S. approval of one coronavirus vaccine likely imminent and approval of a second one expected soon after, physicians will likely be deluged with questions. Public attitudes about the vaccines vary by demographics, with a recent poll showing that men and older adults are more likely to choose vaccination, and women and people of color evincing more wariness.Although the reasons for reluctance may vary, questions from patient will likely be similar. Some are related to the “warp speed” language about the vaccines. Other concerns arise from the fact that the platform – mRNA – has not been used in human vaccines before. And as with any vaccine, there are rumors and false claims making the rounds on social media.In anticipation of the most common questions physicians may encounter, two experts, Krutika Kuppalli, MD, assistant professor of medicine in the division of infectious diseases at the Medical University of South Carolina, Charleston, and Angela Rasmussen, PhD, virologist and nonresident affiliate at Georgetown University’s Center for Global Health Science and Security, Washington, talked in an interview about what clinicians can expect and what evidence-based – as well as compassionate – answers might look like.

Q: Will this vaccine give me COVID-19?“There is not an intact virus in there,” Dr. Rasmussen said. The mRNA-based vaccines cannot cause COVID-19 because they don’t use any part of the coronavirus itself. Instead, the Moderna and Pfizer vaccines contain manufactured mRNA molecules that carry the instructions for building the virus’ spike protein. After vaccine administration, the recipient’s own cells take up this mRNA, use it to build this bit of protein, and display it on their surfaces. The foreign protein flag triggers the immune system response.The mRNA does not enter the cell nucleus or interact with the recipient’s DNA. And because it’s so fragile, it degrades quite quickly. To keep that from happening before cell entry, the mRNAs are cushioned in protective fats.

Q: Was this vaccine made too quickly?“People have been working on this platform for 30 years, so it’s not that this is brand new,” Dr. Kuppalli said.Researchers began working on mRNA vaccines in the 1990s. Technological developments in the last decade have meant that their use has become feasible, and they have been tested in animals against many viral diseases. The mRNA vaccines are attractive because they’re expected to be safe and easily manufactured from common materials. That’s what we’ve seen in the COVID-19 pandemic, the Centers for Disease Control and Prevention says on its website. Design of the spike protein mRNA component began as soon as the viral genome became available in January.Usually, rolling out a vaccine takes years, so less than a year under a program called Operation Warp Speed can seem like moving too fast, Dr. Rasmussen acknowledged. “The name has given people the impression that by going at warp speed, we’re cutting all the corners. [But] the reality is that Operation Warp Speed is mostly for manufacturing and distribution.”What underlies the speed is a restructuring of the normal vaccine development process, Dr. Kuppalli said. The same phases of development – animal testing, a small initial human phase, a second for safety testing, a third large phase for efficacy – were all conducted as for any vaccine. But in this case, some phases were completed in parallel, rather than sequentially. This approach has proved so successful that there is already talk about making it the model for developing future vaccines.Two other factors contributed to the speed, said Dr. Kuppalli and Dr. Rasmussen. First, gearing up production can slow a rollout, but with these vaccines, companies ramped up production even before anyone knew if the vaccines would work – the “warp speed” part. The second factor has been the large number of cases, making exposures more likely and thus accelerating the results of the efficacy trials. “There is so much COVID being transmitted everywhere in the United States that it did not take long to hit the threshold of events to read out phase 3,” Dr. Rasmussen said.

Q: This vaccine has never been used in humans. How do we know it’s safe?The Pfizer phase 3 trial included more than 43,000 people, and Moderna’s had more than 30,000. The first humans received mRNA-based COVID-19 vaccines in March. The most common adverse events emerge right after a vaccination, Dr. Kuppalli said.As with any vaccine that gains approval, monitoring will continue.

UK health officials have reported that two health care workers vaccinated in the initial rollout of the Pfizer vaccine had what seems to have been a severe allergic response. Both recipients had a history of anaphylactic allergic responses and carried EpiPens, and both recovered. During the trial, allergic reaction rates were 0.63% in the vaccine group and 0.51% in the placebo group.As a result of the two reactions, UK regulators are now recommending that patients with a history of severe allergies not receive the vaccine at the current time.

Q: What are the likely side effects?So far, the most common side effects are pain at the injection site and an achy, flu-like feeling, Dr. Kuppalli said. More severe reactions have been reported, but were not common in the trials.Dr. Rasmussen noted that the common side effects are a good sign, and signal that the recipient is generating “a robust immune response.”“Everybody I’ve talked to who’s had the response has said they would go through it again,” Dr. Kruppalli said. “I definitely plan on lining up and being one of the first people to get the vaccine.”

Q: I already had COVID-19 or had a positive antibody test. Do I still need to get the vaccine?Dr. Rasmussen said that there are “too many unknowns” to say if a history of COVID-19 would make a difference. “We don’t know how long neutralizing antibodies last” after infection, she said. “What we know is that the vaccine tends to produce antibody titers towards the higher end of the spectrum,” suggesting better immunity with vaccination than after natural infection.

Q: Can patients of color feel safe getting the vaccine?“People of color might be understandably reluctant to take a vaccine that was developed in a way that appears to be faster [than past development],” said Dr. Rasmussen. She said physicians should acknowledge and understand the history that has led them to feel that way, “everything from Tuskegee to Henrietta Lacks to today.”Empathy is key, and “providers should meet patients where they are and not condescend to them.”Dr. Kuppalli agreed. “Clinicians really need to work on trying to strip away their biases.”Thus far there are no safety signals that differ by race or ethnicity, according to the companies. The Pfizer phase 3 trial enrolled just over 9% Black participants, 0.5% Native American/Alaska Native, 0.2% Native Hawaiian/Pacific Islander, 2.3% multiracial participants, and 28% Hispanic/Latinx. For its part, Moderna says that approximately 37% of participants in its phase 3 trial come from communities of color.

Q: What about children and pregnant women?Although the trials included participants from many different age groups and backgrounds, children and pregnant or lactating women were not among them. Pfizer gained approval in October to include participants as young as age 12 years, and a Moderna spokesperson said in an interview that the company planned pediatric inclusion at the end of 2020, pending approval.“Unfortunately, we don’t have data on pregnant and lactating women,” Dr. Kuppalli said. She said she hopes that public health organizations such as the CDC will address that in the coming weeks. Dr. Rasmussen called the lack of data in pregnant women and children “a big oversight.”Dr. Rasmussen has disclosed no relevant financial relationships. Dr. Kuppalli is a consultant with GlaxoSmithKline.