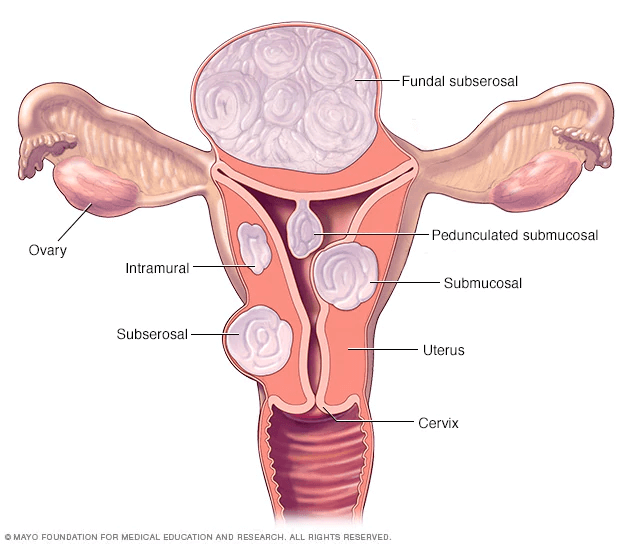 Fibroids are benign, non-cancerous overgrowths arising within the muscle layer of the uterus.  Fibroids oftentimes do not cause any troublesome symptoms and, in such instances, do not require treatment.   Many women, however, experience abdominal swelling, heavy menstrual bleeding, uterine cramping, pelvic or back pain, discomfort with intercourse, pregnancy loss, or urinary symptoms.  Women with symptoms such as these may benefit from therapy to improve their quality of life.

There are many treatment options available for symptomatic fibroids.  The therapy that your physician may recommend depends on the symptoms that you are experiencing, the size and location of the fibroids, as well as your future reproductive goals.

Fibroids can significantly affect a woman’s quality of life.  As there are multiple, minimally invasive options for management of symptomatic uterine fibroids, women should consult with a minimally invasive gynecologic surgery specialist to discuss the treatment that is best for her.