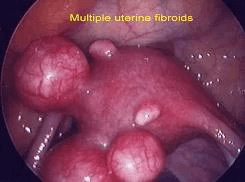 There are a number of approaches for treating fibroids, including medications, surgical procedures and even some newer noninvasive and nonsurgical techniques. The location, number and size of your fibroids will determine which method your doctor recommends to you.

Myomectomy means the surgical removal of fibroids (myoma is the technical word for fibroid), which can be performed using minimally invasive procedures, traditional open abdominal surgery, or focused ultrasound surgery.

Over 50% of women will experience fibroids in their lives. Symptoms can vary and may include heavy period, bloating/feeling of fullness, pain with sex, frequent urination, and pelvic pressure and/or pain.

Multiple studies have shown that Vitamin D, Green Tea extract, and Chastetree Berry extract support the suppression of fibroid growth in women, encourage the shrinking of existing fibroid tumors, and reduce the severity of symptoms.  Women who had sufficient amounts of Vitamin D were 32% less likely to develop fibroids than women with insufficient vitamin D.  In other clinical trials, green tea extract (epigallocatechin gallate, or EGCG) has been shown to improve fibroid symptoms and shrink fibroid size up to 32.6%.  Chastree Berry extract (vitex) has been shown to reduce heavy bleeding and other menstrual symptoms

ORIAHNN in clinical trial results was studied in two 6-month clinical trials, including premenopausal women with heavy periods due to uterine fibroids aged 25-53.

This meant bleeding volume was reduced by at least 50% from start of trial, and to below 80 mL (about 1/3 of a cup) at the final month of treatment.

*Compared with about 1 in 10 women taking placebo.

This drug is new to market and may not be covered by your insurance.

This group of medications blocks the production of Gonadotropin Receptor Hormones (GnRH) or the receptor sites.  This reduces the production of estrogen and can decrease the volume and symptoms of fibroids.  This medications include:  Luprolide acetate (injectable) and Elagolix (pill form).  The former has more side effects with estrogen withdrawal (hot flashes).  These medications provide temporary relief from fibroids and can be helpful for women near menopause.  For younger women it can be cycled/anternated with progestin therapy but can increase risk of osteoporosis if used for longer periods and cause hot flushing.

Laparoscopic myomectomy uses a slender telescope inserted through the navel to view the internal organs. Other instruments are inserted through quarter-inch incisions below the pubic hairline to accomplish cutting and maneuvering of the fibroids. Even large fibroids can now be removed this way due to a device ( morcellator) that efficiently cuts the fibroid into small pieces, and allows for removal through one of the small laparoscopic incisions.

Hysteroscopic myomectomy (also called resectoscopic myomectomy) is a technique that requires no incisions and is available to only women who have submucosal fibroids – that is, fibroids that are located inside the uterine cavity. The hysteroscope is a slender telescope that is inserted into the uterus through the cervix. It is fitted with a tiny camera that “sees” the inside of the uterus and projects the image onto a video screen. The surgeon then uses a hysteroscope with an electric cutting device, called a resectoscope, to remove the fibroid while being guided by the magnified screen image. Recovery usually takes only one or two days. Hysteroscopic myomectomy has been shown to be 90% effective for reducing heavy bleeding and 50% effective in restoring fertility in women whose fibroids rendered them infertile.

MRI guided focused ultrasound surgery is a new technique that is still in its early stages of development, using high-intensity ultrasound energy to destroy fibroids in the uterus.  Currently it can only be used on smaller fibroids (less than one inch in diameter) that are not near other organs such as the bowel or bladder.  Long-term safety and effectiveness are not yet known.

Laparoscopic uterine artery ligation is a very new approach in which the surgeon ties off the uterine artery, which in turn cuts the blood supply to fibroids.  Without nourishment, the fibroids shrink and die over a period of several months (see uterine fibroid embolization below).  Long-term success rates are not yet available because laparoscopic uterine artery ligation has been performed only on a small number of women.  However, because the results have been promising, gynecologic surgeons are developing ways to refine and improve this technique so that it may be more widely used.   A newer technique involves temporarily clamping the uterine arteries vaginally, without an incision.  Longterm results are not yet available.

Myolysis (also called myoma coagulation) means destruction of the fibroids with a high-energy laser or electrical needle, without removing them.  This is done laparoscopically, and recovery is very rapid.  Long-term success rates are not yet known, and in particular, the effect of myolysis on fertility is not yet known.  Thus, myolysis currently is not recommended for women who wish to have children

Uterine fibroid embolization (also called uterine artery embolization) is a nonsurgical technique that cuts off the blood supply to fibroids, thereby causing them to shrink and die. As the fibroids die, they release toxins that can cause inflammation and pain that must be treated for the first day or so after the procedure. Shrinkage continues over 3 to 6 months.

Uterine fibroid embolization or UFE became available in the late 1990s, and today about 13,000 to 14,000 UFE procedures are performed annually in the U.S.  UFE has met with considerable success, reducing fibroid size in 90% of cases and correcting heavy menstrual bleeding in 85% of those for whom these respective problems were the main reason for treatment.  UFE usually is performed by an interventional radiologist rather than a gynecologist.

Abdominal myomectomy is open surgery using a four to six-inch “bikini” incision in the lower abdomen and another incision in the uterus to gain access to the fibroids. It is currently the most commonly performed method of myomectomy, in part because fewer doctors are skilled at the less invasive approaches and fewer medical facilities have all the necessary equipment.   “Minilaparotomy” is performed in a similar fashion but with a much smaller incision and special soft retractors.  An estimated 35,000 abdominal myomectomies are performed annually for fibroids in American women.  However, 20-40% of cases will need further surgery to correct complications such as adhesions (scar tissue) or uterine rupture, or for the appearance of new fibroids.

Hysterectomy is the removal of the uterus. Because it is major surgery, hysterectomy carries greater risks of complications such as infection, anesthesia complications and possible injury to other organs. It also involves the longest recovery periods. Hysterectomy eliminates the chance that new fibroids will recur, and of course, it also eliminates the possibility of bearing children. Although hysterectomy may be discussed as an option for some women, modern gynecological surgeons believe it should be considered only as a last resort, after less traumatic choices have been tried. 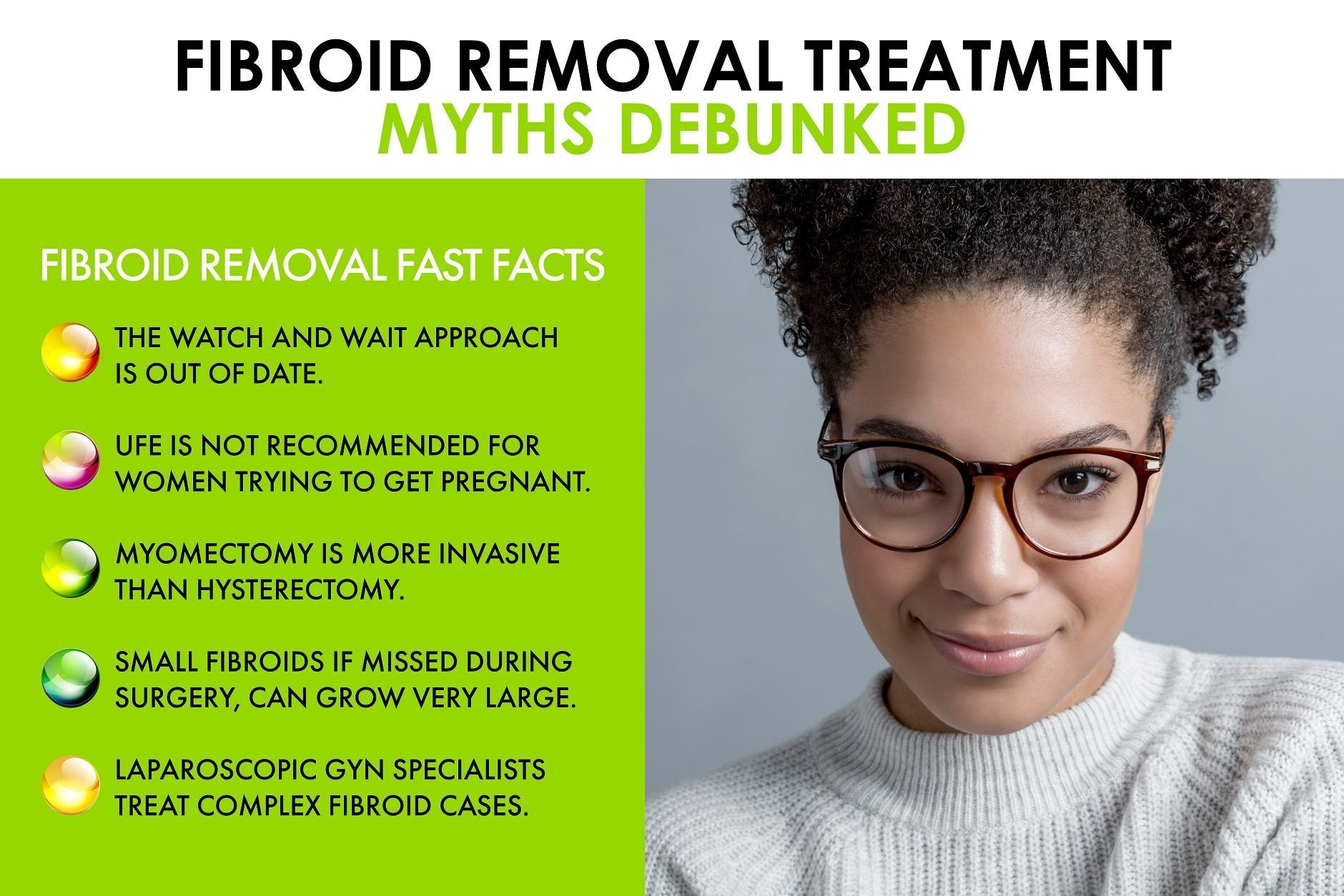