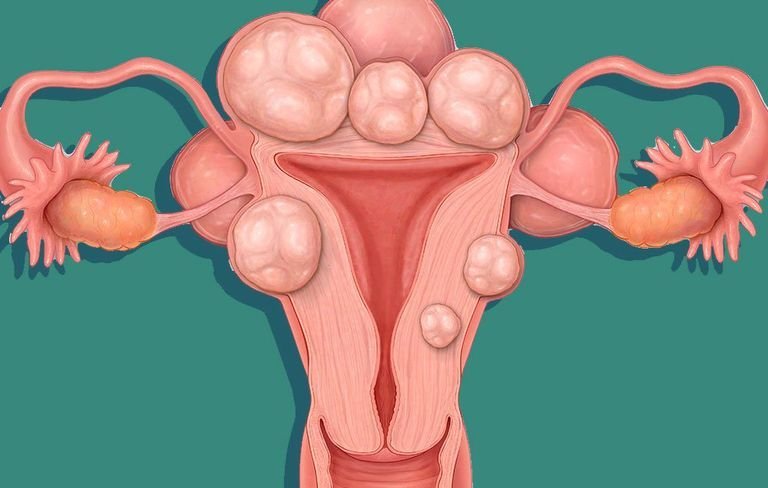 Fibroids are benign tumor-like growths in the muscle walls of the uterus. There are several different types, classified by where they grow:

Symptoms
Fibroids are often the cause of heavy menstrual bleeding, pelvic pain and pelvic pressure. In rare cases, depending on the location of the fibroids, they may interfere with a woman’s ability to become pregnant. Sometimes fibroids grow in a place where they push against the bladder, causing frequent urination.

Prevalence
Fibroids are extremely common. As many as 80% of African American women and 70% of Caucasian, Hispanic and Asian women develop uterine fibroids by the time they are 50. However, most fibroids are small, not bothersome, and do not require treatment.

In about a third of women who have them, fibroids grow large enough to be detected by a physician during a gynecological exam. Even among these women, 80% will never have symptoms or require treatment.

The risk of developing fibroids increases with age until menopause. Most fibroids are diagnosed in women who are between the ages of 40 and 44. After menopause, fibroids shrink.

Cause
Fibroids need the female hormones — estrogen and progesterone — in order to grow, but what causes them in the first place remains a mystery. Neither is it known why some fibroids grow quickly and some grow slowly. Medical studies are underway to help shed light on these questions.

Fibroid myths and truths
Many women fear that fibroids are more problematic than they actually are. Careful analysis of the data on women with fibroids has revealed some welcome truths.

Fact: One type of fibroid, the submucosal type that bulges into the uterine cavity, has been found to interfere with a woman’s ability to become pregnant. This can be treated effectively with minimally invasive surgery on an outpatient basis.

Fact: The vast majority of women who are pregnant and have fibroids go on to have full-term, healthy babies.

Myth: Pregnant women with fibroids have to deliver by cesarean section.

Fact: Unless a fibroid is growing in a location that blocks the birth canal, pregnant women with fibroids do not need to have a cesarean section.

Myth: Fibroids that are growing rapidly mean cancer is present.

Fact: The kind of cancer that is sometimes mistaken for a fibroid, called leiomyosarcoma, is rare. It has been found in only one out of every 1,000 women admitted to the hospital for fibroid surgery.

Fact: Most women with fibroids require no treatment at all; however, the growth of fibroids should be monitored by a gynecological exam every 3-6 months. If fibroids become very large and bothersome, or if they cause medical problems, a woman may choose among several treatment options.

Diagnosis
Fibroids are often diagnosed during a routine pelvic examination because the doctor can feel them or because the uterus is enlarged. They can be mapped by a sonogram or magnetic resonance imaging (MRI). Another diagnostic technique is hysteroscopy, which enables the doctor to see fibroids on the inside of the uterus.

When is surgery needed?
In many women, fibroids cause no symptoms and do not require any treatment. Some women may choose to have treatment because they are bothered by discomfort from fibroids or by consequences such as bladder pressure. However, the only fibroids that actually require treatment are those that cause medical problems, such as severe bleeding and anemia and uncontrollable cramping with bleeding; blocking the ureters with possible damage to the kidneys; or the presence of cancer. The latter two are extremely rare.

Treatment options
Several medicines are available to shrink fibroids; however, their effects are temporary, and when the medicine is discontinued, the fibroids will grow back.

Acessa Radiofrequency Ablation is a newer technique using only 2 small incision and treats fibroids within the uterus with cutting or destroying the uterus.  It offers quicker recovery time and improved integrity of the uterine wall.  It does not remove the fibroid but after therapy the fibroid becomes small and some can be compressed or absorbed but surrounding normal muscle cells of the uterus.

Other techniques, include uterine artery embolization (also called uterine fibroid embolization) and myolysis, which can shrink the fibroids without actually removing them.

Finally, endometrial ablation can be effective to treat excessive bleeding from submucosal fibroids in women who do not wish to have children.

Major abdominal surgery, either to remove fibroids (abdominal myomectomy) or to remove the entire uterus (hysterectomy), is no longer necessary in the majority of cases.