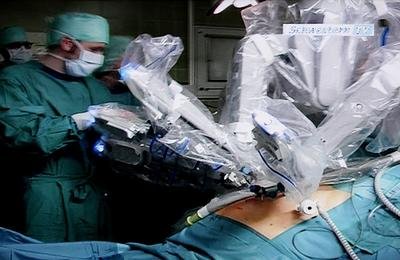 Hysterectomy is a surgical procedure that removes the uterus. The term is based on the Greek word for uterus – “hyster” – plus the suffix that means removal – “ectomy.” In everyday usage, hysterectomy may refer to removal of not only the uterus, but also the cervix, but does not necessarily mean removal of the ovaries.

Prevalence
Approximately 600,000 American women per year have a hysterectomy, making it the second most common surgical procedure done in the United States. Hysterectomies are nearly twice as frequent among women aged 40-49 than any other age group.

The rate of hysterectomy in the United States is high compared with other countries. For example, American women are twice as likely to have a hysterectomy as women in England and four times as likely as Swedish women. French doctors almost never perform a hysterectomy for fibroids, which is the most common reason for hysterectomy in the U.S. Cultural attitudes, physician training, the availability of elective surgery in a particular country and the ability to pay for care are some of the factors that determine these differences.

TYPES OF HYSTERECTOMY
There are several different types of hysterectomies. The names describe what is being removed and how the procedure is performed.

In subtotal or supracervical hysterectomy, only the uterus is removed. The cervix is left in place attached to the top of the vagina.  THE OVARIES ARE NOT PART OF A HYSTERECTOMY but could be added as a separate procedure if conditions warrant it and you are consented/give permission to do so.

Total hysterectomy refers to the removal of both the uterus and the cervix. (again, no ovaries).

In 2020, now we are removing the fallopian tubes as part of ALL hysterectomies because it reduces the risk of developing ovarian cancer later in life.

Radical hysterectomy, the removal of the uterus and the cervix, as well as the surrounding lymph nodes, is performed to eradicate cancer. Lymph nodes are part of the lymphatic system, which parallel the blood vessels in the body and wash away abnormal cells and cellular waste products. Removing the lymph nodes around the uterus and cervix helps ensure that any stray cancer cells are also removed.

Laparoscopic hysterectomy qualifies as a minimally invasive type of surgery to remove the uterus. The surgeon makes tiny incisions through which instruments and the laparoscope are inserted. The laparoscope is a miniature camera attached to a slender telescope and is inserted through an incision in the navel. What it sees inside the body is projected onto a video screen, giving the surgeon a close-up view of the female reproductive organs.

The uterus is detached by laparoscopic instruments and then removed through a small incision at the top of the vagina or through the umbilicus if a supracervical hysterectomy is performed. Using a morcellator, the uterus can be reduced to small pieces and removed through a laparoscopic incision.  Because the procedure is minimally invasive, recovery time is shorter than with open abdominal procedures. The hospital stay may be less than one day and the patient can usually resume her normal activities after about one or two weeks.

In vaginal hysterectomy, the entire procedure is performed through an incision at the top of the vagina. First the uterus is pulled down into the vagina; then the ligaments and cervix and blood vessels that connect it to the body are cut and sutured. This procedure is most appropriate for women who have delivered children vaginally, because the ligaments have been stretched and the uterus is attached more loosely. Vaginal hysterectomy usually involves a hospital stay of one to three days. Recovery time is about one to two  weeks.  Complication rates with vaginal hysterectomy are the lowest.  It is also the preferred mode by ACOG if you meet the criteria.

Abdominal or Open hysterectomy is the most invasive type of surgery because it involves a large incision in the abdominal wall (laparotomy). This may be either horizontal – the “bikini incision” – or vertical from just below the navel down to the pubic bone. The operation is followed by a hospital stay of three to five days. Complete recovery takes about six to eight weeks.

In 2020, there should be VERY few women that have to undergo open or abdominal hysterectomy.  The other options above SHOULD be explored and pursued if safe to do so.

Reasons to have a hysterectomy

A recent study found that 44% of all hysterectomies performed in the U.S. in 2005 were for women with a primary diagnosis of either uterine fibroids or abnormal bleeding. Other leading reasons for hysterectomy, in descending order of prevalence, are: endometriosis; prolapse; precancer of the uterine lining cells (atypical endometrial hyperplasia); and cancer of the cervix, uterus, fallopian tubes or ovaries.

Today, more and more women and their doctors are questioning whether hysterectomy is really needed for some of these conditions. Newer, minimally invasive techniques have been developed to treat fibroids, abnormal bleeding and endometriosis while leaving the female reproductive organs in place. These new procedures are appropriate for many women, depending on the problem, and should be frankly discussed between a woman and her doctor.

Some women elect to have a hysterectomy as a means of preventing cancer. After all, if the organs are not there, no cancer can develop. However,uterine cancer is rare. Moreover, it is usually detected early and is one of the most curable cancers.Cervical cancer can be avoided through regular checkups and Pap smears. Of all the various cancers of the female reproductive system,ovarian cancer is the most aggressive and usually requires removal not only of the ovaries, but also the fallopian tubes and uterus because of its tendency to spread.

The choice of approach depends on diagnosis, prior pelvic surgeries, uterine size and the preference and skill of the surgeon.

Reasons not to have a hysterectomy

3. Conditions that can be treated effectively in other ways. Most fibroids, abnormal bleeding and endometriosis can now be effectively treated using minimally invasive techniques that preserve the uterus. These new procedures are appropriate for many women.

As with all surgery, there is some risk with hysterectomy.  The degree of risk depends upon the patient (age, health status, medical condition, uterine size, pelvic adhesions) and the experience and skill of her surgeon and anesthesiologist. Possible complications of hysterectomy include:

Questions to ask your doctor about hysterectomy

You should feel entirely comfortable asking questions of your doctor. The more you understand about your condition and its possible treatments, the better decision you will be able to make. You and your doctor are partners in your health, and an informed patient is the best candidate for success.

What is causing my problem?
Although this may be clear in many cases, in others it is not so obvious. For example, pelvic pain may have a number of causes such as bladder or bowel problems that are unrelated to the uterus.

Are there other tests available to help confirm this diagnosis? What are their side effects, risks and costs?
There may be other tests that provide a more certain diagnosis, but some of them may entail discomfort and cost. Once you have all your facts, you can weigh the possible benefits against the risks to help you decide whether you want to undergo these tests.

Can my condition be treated medically or with a minimally invasive surgical technique?
There are usually a number of alternatives for treating any condition. Hysterectomy is major surgery and carries with it the possibility of serious complications. “Less is more” may be a good rule of thumb, because the less trauma your body has to endure, the quicker you will heal, with less pain and less risk of infection.

What if we do nothing?
If your condition is not life-threatening, you and your doctor may elect to “wait and see.” Some problems resolve on their own. You should be willing to see your doctor for frequent monitoring, however, so that any worsening can be addressed.

How many procedures have you done that are like mine?
A doctor may or may not have extensive experience with certain techniques, especially the newer ones such as laparoscopic hysterectomy,laparoscopic surgery or endometrial ablation. Additional training is required to master these procedures, and not all hospitals specify training requirements. It is appropriate to ask about your doctor’s training and experience in the type of surgery that is being suggested for you.

Should I get a second opinion?
Most doctors welcome a second opinion. Sometimes this may confirm the first doctor’s opinion, and sometimes additional options or new information may be provided. In any case, you will feel more confident in your decision, and you have absolutely nothing to lose by trying to learn more. It is best to seek a recommendation for this second doctor from your family doctor, other gynecologists in the area, a nurse or your local hospital. This way, you will feel you are getting a more  objective opinion.