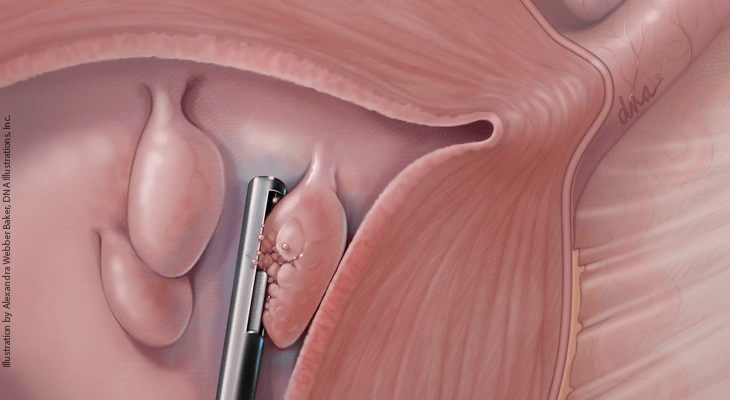 Polypectomy is the medical word for removing polyps, small finger-like growths that arise from the uterine lining and protrude into the uterine cavity.  Often they are loosely attached to the uterine wall by a stalk.  Polyps are usually benign but about 2% harbor malignant cells in the over 40 age group.

Diagnosis
Polyps are usually diagnosed using an instrument called a hysteroscope, a slender telescopic device that is inserted through the cervix and gives the physician a magnified view of the uterine cavity.  Not only polyps, but also other growths such as fibroids, hyperplasia and cancer can all be visually diagnosed with great accuracy through the hysteroscope.   Ultrasonic imaging can also diagnose polyps.

If a polyp is large, an instrument called a resectoscope – normally used to remove fibroids – may be needed.  In this case the procedure may need to be done in the hospital.