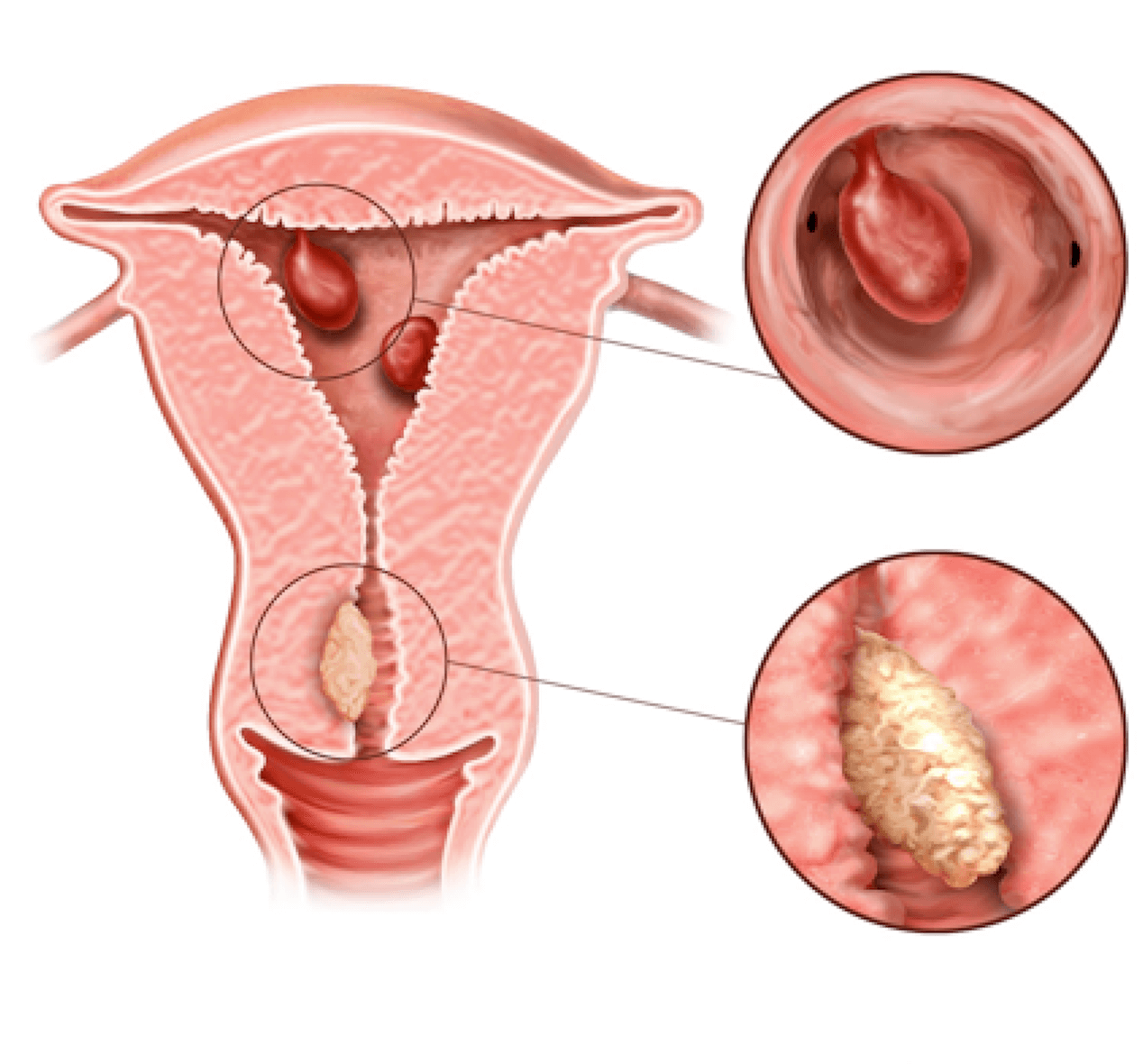 Uterine polyps are small, benign protrusions of tissue that grow on the uterine lining ( endometrium). They are overgrowths of the same kind of cells as the lining itself and may appear as finger-like projections or little mushrooms. As they grow, they become fragile and bleed, and as such, they are a common cause of abnormal uterine bleeding.

Uterine polyps are usually diagnosed using an instrument called a hysteroscope, a slender telescopic device that provides the physician a magnified view of the uterine cavity, but can also be diagnosed with a sonogram.

Occasionally a polyp may grow on or through the cervix and cause irritation and irregular bleeding. This type of polyp can be seen during a pelvic examination when the doctor examines the cervix through a speculum.  This type can even be removed in clinic

Are polyps a sign of precancer?
In other tissues, such as the colon, polyps have long been considered an “early warning sign” of cancer; in contrast, uterine polyps have been thought to be generally benign. However, with the increased use of pelvic sonograms, more polyps are now being detected, and a recent study found that the rate of polyps with abnormal cells was nearly 16% among women who opted to have them removed. In 2% of the women,endometrial cancer was found. The authors of the study recommend that women with polyps should be encouraged to have them removed, given the high rate of abnormal pathology and the relative ease of treatment.

Treatment options
Removal of polyps, called polypectomy, can be done under a local anesthetic in an outpatient setting. Polyps can also be removed by operative hysteroscopy.