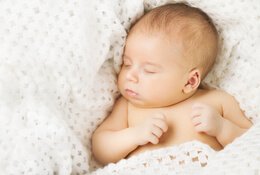 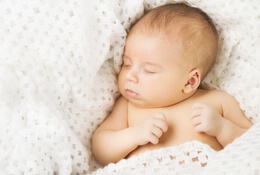 The umbilical cord was your baby’s anchor to life during pregnancy, but now that she has made her debut in the world, it’s your job to care for the remnant until it falls off.

As your baby developed in the womb, he depended on a vein and two arteries in the umbilical cord to bring in nutrient- and oxygen-rich blood from the placenta and carry away his waste-laden blood. The cutting of the cord is one of your most special memories of your little one’s birthday. Now, all that remains of a nearly two-foot-long lifeline is a darkly colored, inch-long stub. That fragment should drop off by eight weeks after delivery, according to the American Academy of Pediatrics (AAP), but until it does, it needs some attention.

The care you give your baby’s umbilical cord stump may not need to be as hands-on as you think: Most pediatricians now prefer parents take a “less touching” approach instead of trying to clean the bump with rubbing alcohol, according to the American Pregnancy Association (APA). Using rubbing alcohol to clean your baby’s umbilical cord stump may aggravate his skin. Combine your pediatrician’s recommendations with these tips:

Dress her appropriately. Before the stump can fall off, it must dry out. The APA recommends clothing your baby in a T-shirt and diapers designed to leave the cord exposed to air, weather permitting; folding down the lip of the diaper works, too.

Grab the sponge at bath time. Give your baby a sponge bath instead of a tub bath. Avoid moistening the stub.

Let the process run its course. No matter how close the stump appears to dropping off, let it happen on its own. You might cause a problem by attempting to hurry the process. Attempting to compress your baby’s navel with a flat object will not ensure she develops an “innie” belly button. Minimal, temporary bleeding immediately before or after the stub drops is normal, according to the AAP.

If the stump lingers longer than two months after birth, the AAP advises speaking with your pediatrician to find out why it’s sticking around. Some umbilical cord stump problems might not need a physician’s care, but symptoms of infection warrant immediate medical attention.

A small, red, oozing bump called an umbilical granuloma may form on the navel after the umbilical cord stub falls off; a physician may need to remove it if it doesn’t disappear in a week. If the belly button seems to protrude when your baby cries, he might have an umbilical hernia, a typically painless abdominal abnormality that usually gets better on its own within the first two years of life, according to the AAP. You might wish to have your pediatrician examine the area, but the National Institutes of Health indicate treatment is rarely needed unless the hernia is still present by age 3 or 4. Umbilical hernias are slower to heal in African-American infants than in other babies, according to the American Academy of Pediatrics. A bleeding, inflamed, pungent or pus-discharging umbilical cord stump may be infected, according to the APA.