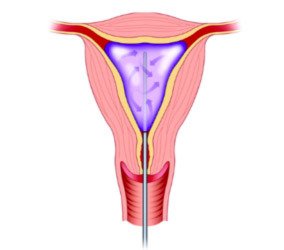 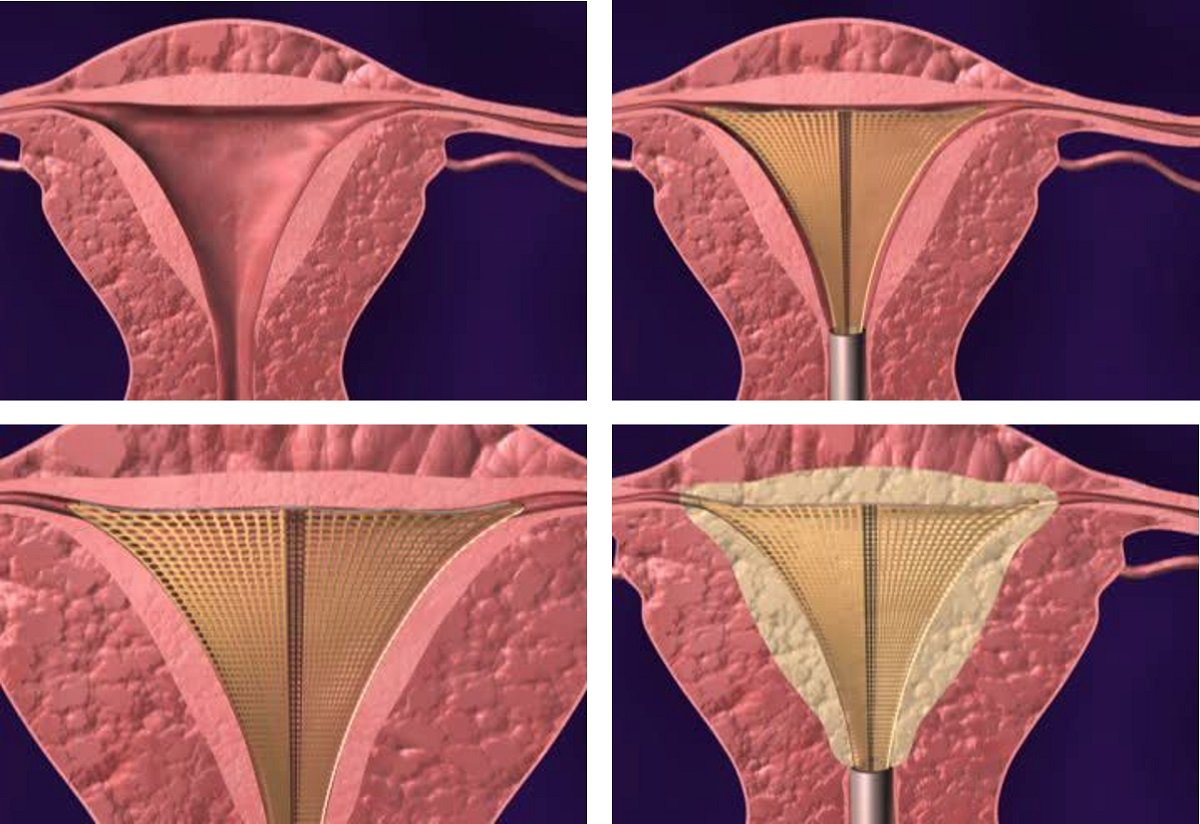 Women with menorrhagia who do not wish to have children and for whom medical therapy has not provided relief from their heavy bleeding may be candidates for a procedure called endometrial ablation, which stops or reduces heavy bleeding by destroying the lining of the uterus.  The procedure is minimally invasive, which means that it can be done on an outpatient basis or even in the gynecologist’s office if the doctor has the appropriate training and equipment to perform it.

Different approaches may use electricity, heat or freezing to destroy the uterine lining.  Studies have shown that over 90% of women who have had endometrial ablation experience relief from their heavy periods.  Furthermore, because it is minimally invasive, endometrial ablation avoids the costs and risks of hysterectomy, and patients are able to be back to their normal routines within a day or two.

In addition, there are cases of menorrhagia for which endometrial ablation is not appropriate.  For example, if menorrhagia was caused by fibroids, other treatment approaches are more likely to be successful and safe.

The procedure is not reliable as a sterilization, but pregnancy afterwards is rare since the uterine lining has been (mostly) destroyed.

Once the uterine lining (endometrium) has been destroyed, pregnancy is extremely risky. If only a few cells remain where the fetus may attach, it is likely that the placenta would develop abnormally and cause miscarriage or hemorrhage at the time of delivery. Thus, endometrial ablation is recommended only for women who are quite sure they no longer wish to have children.

Minerva/NovaSure® is a quick, safe, simple, one-time endometrial ablation treatment for menorrhagia, abnormally heavy or lengthy menstruation.  It is an alternative to hysterectomy.  NovaSure gently removes the lining of the uterus with precisely measured electrical energy.  This quick simple procedure is performed as an in-office procedure and generally takes less than 5 minutes.  Unlike other ablation methods or hysterectomy, NovaSure does not involve hormones and has a quick recovery time—most women return to their regular activities the next day.

Traditional options for treating menorrhagia include endometrial ablation, hormones, dilation and curettage (D&C), or hysterectomy.  Unlike these traditional options, Minerva/NovaSure is a reliable method for relieving heavy menstrual bleeding that does not involve hormones, pre-hormone treatment, hysterectomy, or a long recovery time.  Minerva/NovaSure can be performed at anytime during your cycle.

Minerva/NovaSure is a one-time treatment that gently removes the uterine lining.  The state-of-the-art technology uses a slender wand to deliver a precise amount of electrical energy to remove the endometrial lining.  No incisions or stitches are needed.  Most women experience a significant reduction in their menstrual period bleeding.  Periods may decrease to a moderate or light flow, and some women experience no bleeding at all.  Many women report a reduction in pain and PMS symptoms as well.

Minerva/NovaSure is performed as an in-office treatment, surgical center or hospital based operation.  The procedure generally takes less than five minutes, which is significantly less than any other ablation method.  It does not require general anesthesia, incisions, or stitches (though some women prefer to have anesthesia).  You may receive an intravenous (IV) sedative to help you relax during the procedure and a local anesthetic to your cervix.  Your doctor will gently insert the treatment wand through your vagina and cervix to perform the ablation.  Some women report mild cramping during the procedure and others report no discomfort at all.

You may experience temporary cramping and discomfort following the procedure.  Some women experience a watery or bloody discharge for several weeks.  Minerva/NovaSure is generally associated with a rapid recovery time.  Your doctor will let you know how long to rest before resuming your regular activities.